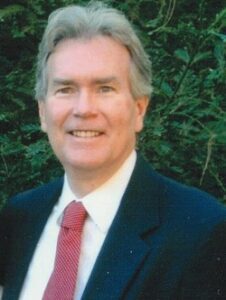 PTE. Inc. was founded by David Tedder and Larry Pearlman for the purpose of buying and selling single family residences, duplex, triplex and 4 plex apartments and commercial property, as well as offering related business services, including the purchase and sale of notes and mortgages.

David is the oldest of two boys, born and raised in Panama. Both sets of David’s grandfathers worked on the Panama Canal in the early 1900’s and David’s father was an electrician, part of the team building the Panama Canal.

David is a graduate of California State Polytechnic University, Pomona (Cal Poly) with a bachelor of science in chemical engineering and the University’s Engineering of the Year award in 1983. David was part of the Cal Poly football team and basketball team. David graduated from Cal Poly IN 1969 and his first job was with Shell Oil as a chemical engineer.

David earned his law degree at Loyola Marymount in Los Angeles, California.  David has worked for and with numerous companies helping them structure and grow their businesses for optimum efficiency. He has been extensively involved in commercial real estate and notes, as part of corporate planning. He has worked with medical device and treatment companies in helping them with their regional expansions and partnerships in everything from diabetes to spinal care.

David is vice president of PTE, Inc. PTE is actively buying houses, notes and commercial property on a daily basis. Real Estate is the engine that drives the train. PTE is also a sales and marketing company representing products and companies with synergy.

David lives in Claremont, California with his wife Rebecca.